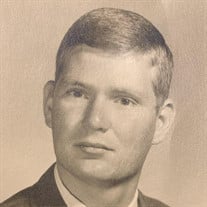 Howard Roger Welfare, Jr. was born August 12, 1946 in Winston-Salem, NC to Howard Welfare, Sr. and Mildred Kimel Welfare. He lived on his maternal grandparents’ farm (Charles Stanton and Carrie Jones Kimel) until his family moved to Hawthorne Road in Winston-Salem. His sister Carol was born in 1952. He graduated from Spartanburg High in 1964 and Clemson in 1968 with a degree in Metallurgical Engineering. He served in Vietnam from 1969 to 1970. He worked for his father in the metal finishing industry until he retired in 2011. He married Sharon Elizabeth Atwood on November 30, 1968. When he returned from Vietnam, they moved to Winston, GA where they welcomed Charles Roger “Chuck” and Elizabeth Jane “Beth” to their family. They moved to Tamassee, SC in 1998. He attended Bethel Presbyterian where he served as an elder and enjoyed special friends Charles Galloway, Tom Sandifer and Hoyt Lee. He loved Clemson, NASCAR, working in the yard, his cats, his family, and his many friends and neighbors. He belonged to a model train club in Central, SC and enjoyed constructing sets and attending meetings. He loved to cook breakfast, and steak and hamburgers on the grill. He always helped by washing dishes. His six grandchildren, Molly and Henry Melvin, Camille, Elise, James and Meredith Welfare, were the light of his life. He enjoyed lake time, Clemson games, and family meals. In addition to his wife, he is survived by his son, daughter, and their spouses Megan and Mark. He is also survived by his sister Carol Robinson (Jim), their grandson, Damien, their daughter Carrie (Chris) and sons Cohen and Chandler. He is predeceased by his parents, niece Mandy Robinson, cousin Stanton Robertson, friends Tommy Hipp and Amos Dutton, as well as many cousins, aunts and uncles. A memorial service will be held at 4:00 PM, Thursday, November 4, 2021 at Davenport Funeral Home. In lieu of flowers, memorials may be made to Prisma Health Hospice of the Foothills, Cottingham Hospice, Attn: Foundation Office, 298 Memorial Drive, Seneca, SC 29672; Clemson Life, c/o The Clemson Foundation, PO Box 1889, Clemson, SC 29630; or Bethel Presbyterian Church, PO Box 617, Walhalla, SC 29691.

The family of Mr. Howard Roger Welfare Jr. created this Life Tributes page to make it easy to share your memories.

Send flowers to the Welfare family.