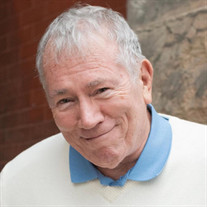 Thaddeus “Ted” Edward Delonis, 76, husband of Mary Ellen Delonis, of Salem, South Carolina, passed away Thursday, January 27, 2022, at Cottingham House. Ted was the son of the late Leonard Vincent and Irene Wypijewski Delonis. A native of Michigan, Ted spent his youth in Dearborn and graduated from the University of Detroit. He proudly served his country in the U.S. Army before establishing a home and family in Troy, Michigan. Prior to retirement, Ted enjoyed his challenging career as a CPA for over 40 years, eventually building a successful private practice. He remained true to his belief that “Nothing we earn is more important than the trust of those we serve.” Over the years, his many client relationships grew into treasured friendships. His 10 years of retirement were filled with lazy afternoons on the golf course with his buddies, and day trips with his adoring wife of 48 years, exploring his adopted state of South Carolina. Several adventures sent them farther afield as Ted and Mary explored Europe, Central America, and regional trips often with their kids and extended family. As much as he loved to travel, Ted also enjoyed quiet moments at home editing videos of these trips to share with family and friends. He leaves behind a legacy of humor and kindness which will be deeply missed by all. In addition to his wife, Ted is survived by his son: Thaddeus Delonis (Matthew Anderson) of San Francisco, California; daughter: Ellen Delonis (Tricia Kaye) of Ann Arbor, Michigan; and granddaughter: Lucy Delonis Kaye. In addition to his parents, Ted was preceded in death by his brothers: Richard and Robert Delonis. A funeral mass will be held at Saint Paul the Apostle Catholic Church (170 Bountyland Road, Seneca, South Carolina 29672) at 10:00 am on Saturday, February 12, 2022. A reception at the Keowee Key Country Club will immediately follow at 12:00 PM (1 Country Club Rd, Salem, SC 29676). In lieu of flowers, memorials may be made to the Robert J. Delonis Center, 312 W Huron St, Ann Arbor, MI 48103 or St. Jude’s Children’s Research Hospital, 501 St. Jude Place, Memphis, TN 38105.

The family of Mr. Thaddeus Edward Delonis created this Life Tributes page to make it easy to share your memories.

Send flowers to the Delonis family.