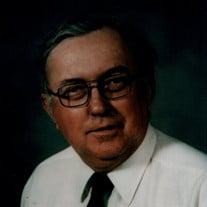 Michael W. Adams, 82, died at Capstone Rehabilitation and Healthcare Center in Easley, on Wednesday, February 10, 2021. A native of Seneca, SC, Michael was born August 24, 1938, to the late Clay W. and Geraldine Talley Adams. Surviving are former spouses: Betty Littleton Adams of Seneca, SC and Bonnie Coggins Adams of Easley, SC; son: Kevin C. Adams of Seneca, SC; daughter: Lisa Michelle Adams-Upchurch of Seneca, SC; stepdaughters: Jennifer Arrowood of Easley, SC and Ashley Miller of Taft, TN; and grandchildren: Matthew E. Adams of Seneca, SC, Lauren Michelle Upchurch of Clinton, SC and Brian Arrowood and Clay Arrowood of Easley, SC. Mr. Adams was preceded in death by his sister: Caroline Adams Grubbs Salmans (Van, Jerry). Michael worked for his father’s business, Oconee Concrete Company during the 1950’s and 60’s. Michael then started his own business, Tri-State Auto Crushers, which operated out of Seneca until 2014. He had one of the first portable car crushers in SC and traveled all over Upstate SC, Northeast GA and the mountain of Western NC, buying junk cars and hauling them to shredders to be recycled. He initially worked with the Georgia Mountain Commission and Tennessee Valley Authority in the late 60’s as they were looking for people to clean up years of scrap in Appalachia that had accumulated before recycling cars began in earnest in the South. Michael started racing cars when he was a teenager and ran with some of Nascar’s greats and their families before they were well known, at small tracks allover SC, NC and GA. He ran outlaw, Amateur Class, Sportsman Class and in NASCAR GT Circuit races in the 1960’s and early 1970’s. Mike got into Bobtail Truck Racing when it started and won the World’s First Truck Race at Atlanta International Raceway in 1977 driving a GMC truck, he had been using in the car crushing business. The truck was called “Junkyard Dog” and carried his #97 on the side. It came straight off the road from pulling the car crusher and had a rollbar added. This race was featured in one of the Smokey and the Bandit movies. Mike built several more trucks with help from several locals who went on the pit crew with him to races. Mike won and placed in more truck races allover the country during the 1980’s and early 1990’s racing with ATRA (American Truck Racing Association) and GATR (Great American Truck Racing). Michael also had a pilot’s license for a few years. Michael served in the Seneca National Guard in the 1950’s and was on standby in Florida during the Cuban Missile Crisis. Michael was a volunteer fireman with the Seneca Fire Department from the time he was a teenager until the late 1980’s. Michael served on the Seneca City Council during the early 90’s. Michael was a member of Airport Baptist Church in Greer, SC and a former member of Seneca Baptist Church. He had been an usher and Sunday School teacher. Funeral Services will be conducted at 11:00 AM, Saturday, February 13, 2021, at Davenport Funeral Home Chapel with burial to follow at Oconee Memorial Park. The family will receive friends from 10:00-11:00 AM, Saturday, prior to the service, at Davenport Funeral Home. Flowers are accepted or memorials may be made to the Whitten Center, P.O. Box 239, Clinton, SC 29325. The family is at their respective homes.

The family of Mr. Michael W. Adams created this Life Tributes page to make it easy to share your memories.

Send flowers to the Adams family.